From Audacity Development Manual
Jump to: navigation, search
The Extra > Scriptables I menu provides commands typically used in scripting, for example via Macros or Python. 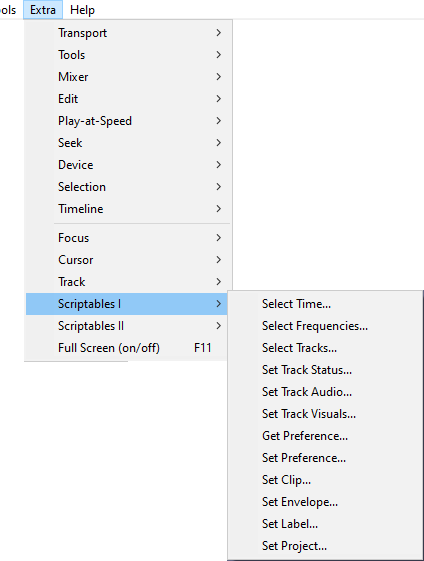 These commands were originally written for scripting Audacity, e.g via a Python script that uses mod-script-pipe. The commands though are also present in the menu, available from Macros, and available from within Nyquist using (aud-do "command")

The Select Time, Select Frequencies and Select Tracks options all are used to select audio. There is also a Select dialog that combines all three. 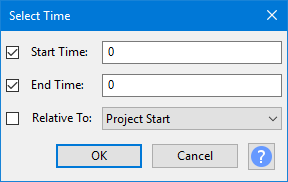 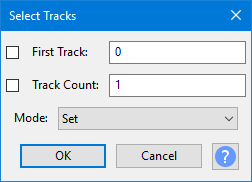 The Set Track Status, Set Track Audio and Set Track Visuals dialogs all set properties of the currently selected tracks. There is also a compound version of the dialog that combines all three. 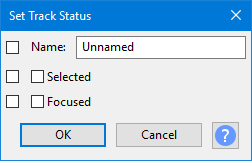 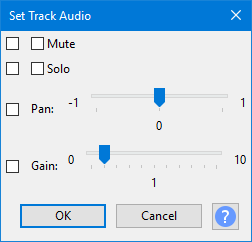 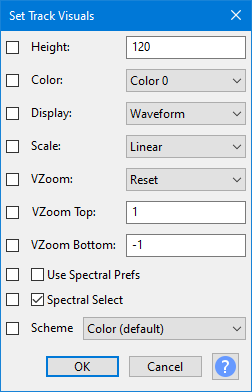 Sets properties for a track or channel (or both). Setting one channel of a stereo track can lead to interesting results. That's most used when setting relative sizing of the two channels.
SpectralPrefs=1 sets the track to use general preferences, SpectralPrefs=0 per track prefs. When using general preferences, SetPreference can be used to change a preference and so affect display of the track.
Name is used to set the name. It is not used in choosing the track. Scheme is used to set the colorway for spectrograms.

Gets a single preference setting. 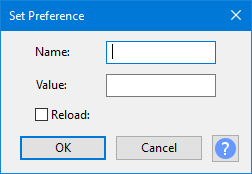 Sets a single preference setting. Some settings such as changing the theme require a reload (use Reload=1), but reload takes time and slows down a script. 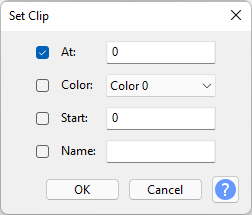 Modify a clip by stating the track or channel and a time within it.
Color, clip name and start position can be set.
Try to avoid overlapping clips, as Audacity will allow it, but does not like them. 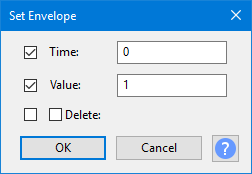 Modify an envelope by specifying a track or channel and a time within it.
You cannot yet delete individual envelope points, but can delete envelopes (that contain the chosen time) using Delete=1. 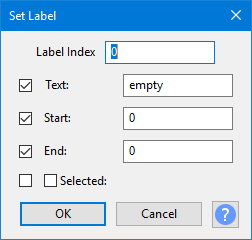 Modifies an existing label. You must give it the label number. 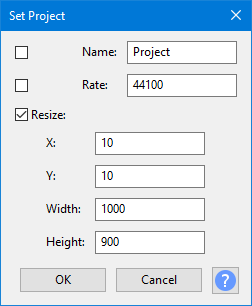 Sets the project window to a particular location and size. Also sets the Project Rate. Can also change the caption - but that is cosmetic and may be overwritten again later by Audacity.