The specification EBU R 128 / ITU-R Bs.1770-4 describes an algorithm for calculation of the perceived loudness of real world audio signals, for example no pure sine tones. 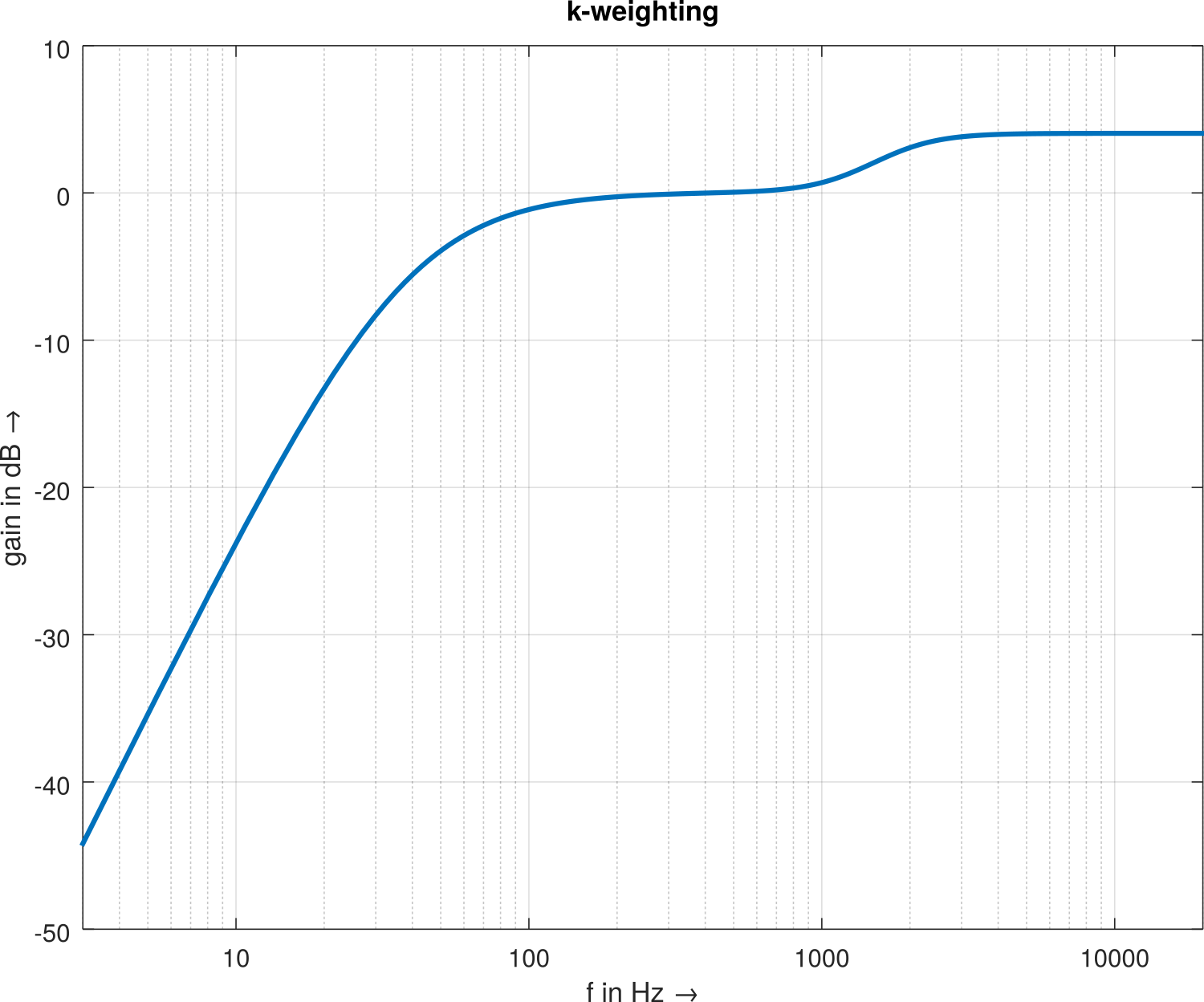 EBU R 128 loudness is measured in LUFS (Loudness Units Full Scale, or equivalently LKFS, Loudness k-weighted Full Scale) for absolute values or LU (Loudness Units) for relative values whereat 0 LUFS are equivalent to full scale. The loudness is defined as the k-weighted (see Filter Curve EQ or Graphic EQ) sum of the squared values of all channels in which the k-weighting approximates the characteristics of the human ear. Thus, LU are somewhat related to the mean square without root. Usually, the perceived loudness is calculated in blocks of 400 milliseconds every 100 milliseconds (so called momentary loudness).

In multi-channel audio, the individual channels are weighted before adding them to the total loudness. In Audacity's case which supports only mono and stereo tracks at the time of writing, all channels have equal contribution. LU's are defined from a physical point of view that multiple audio sources add up within air and thus the loudness increases by adding another audio source. A consequence of the LU definition is that the amplitude of multi-channel audio decreases if another channels is added while the loudness is kept constant. While this point of view is completely valid it causes problems together with all known PC audio drivers. Those drivers simply double mono signals that are played on stereo speakers without attenuating their value which results in the double playback loudness. To compensate this, Audacity's Loudness Normalization effect has an option to take this loudness doubling into account. 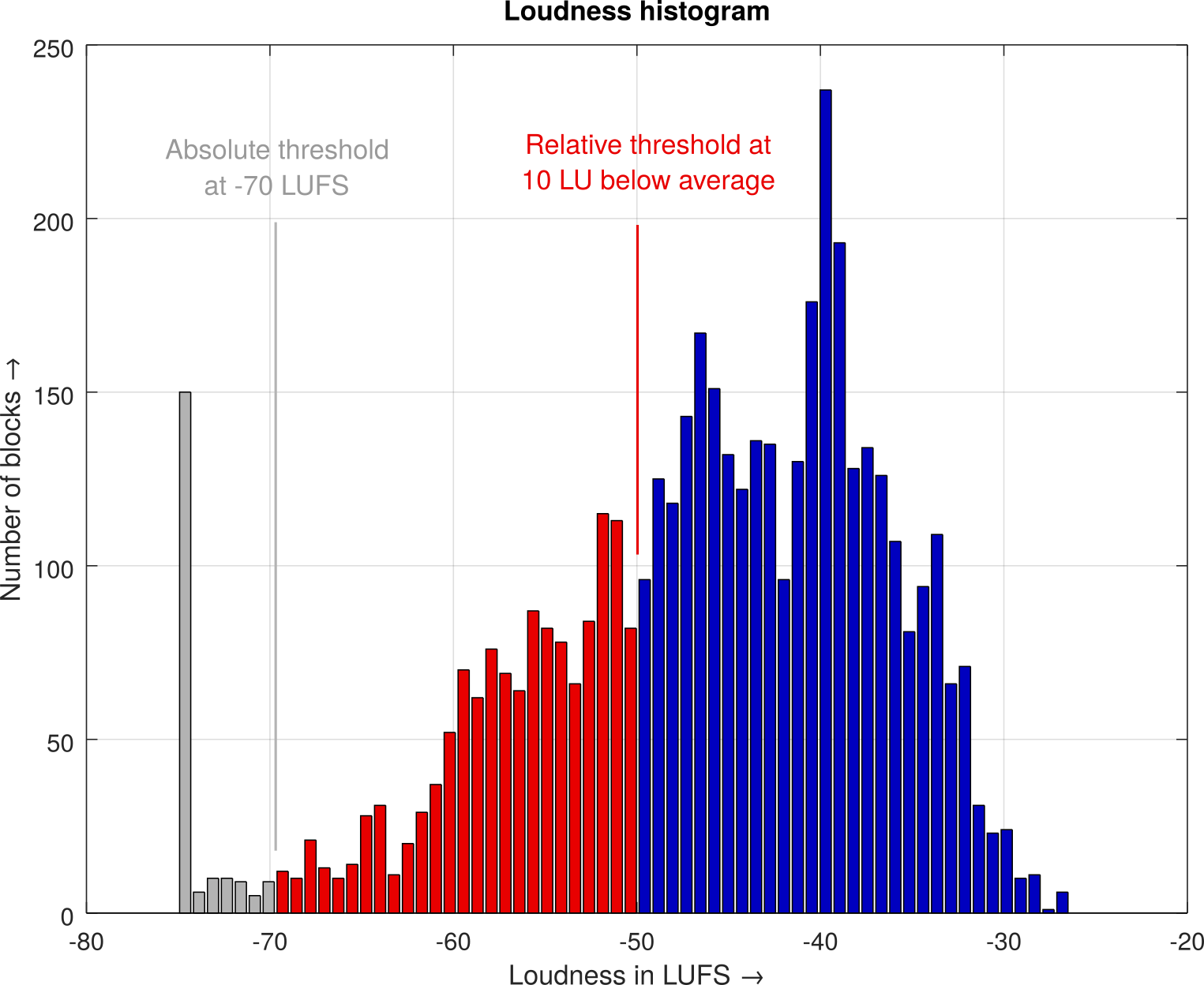 Since the perceived loudness is mostly determined by the louder parts of a track, an accurate loudness measurement has to ignore quier or even silent parts. This is realized by loudness gating. First, loudness gating as defined by EBU R 128 discards all measurement blocks that are below an absolute threshold of -70 LUFS (grey in the example histogram, the large peak in the lowest bin is caused by silence at the start and end of the track). In the next step, a relative threshold is calculated 10 LU below the average of the blocks above -70 LUFS (red in the example histogram). All blocks below that relative threshold are discarded as well. Finally, the perceived loudness is calculated as the average of the remaining blocks (blue in the example histogram).