From Audacity Development Manual
Jump to: navigation, search
Filter Curve EQ is an equalization tool, it is an FFT (Fast Fourier Transform) filter. Equalization, is a way of manipulating sounds by Frequency. It allows you to increase the volume of some frequencies and reduce others. This is a more advanced form of the EQ and Tone controls on many audio systems.

Equalization is also available in a "Slider" mode, accessed via Effect > Graphic EQ... 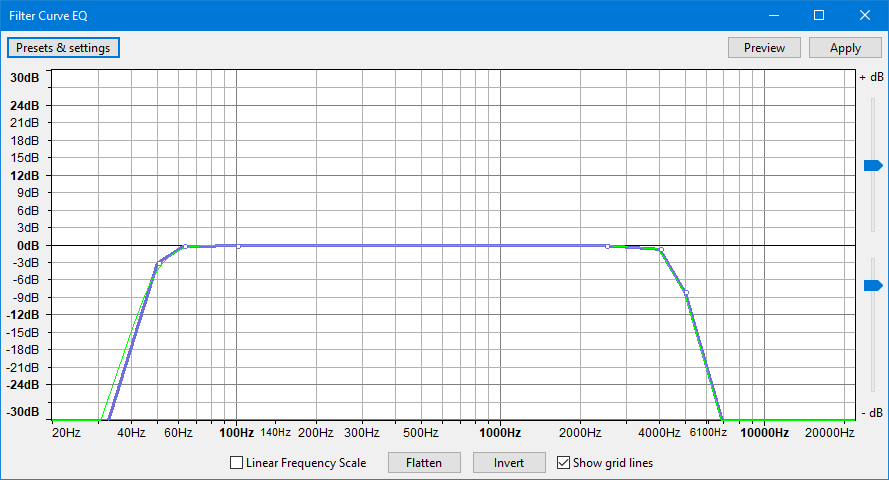 Example: You want to make an audio selection sound "brighter" by reducing the frequencies below 100 Hz by 10 dB, and increasing those over 5000 Hz by 10 dB:


|< Index of Effects, Generators and Analyzers