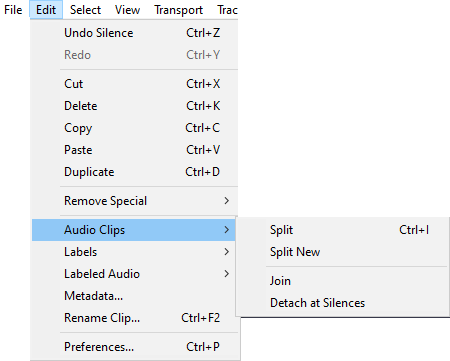 Splits the current clip into up to three clips at the selection boundaries. The audio before, within, and after the selection can now all be shifted independently 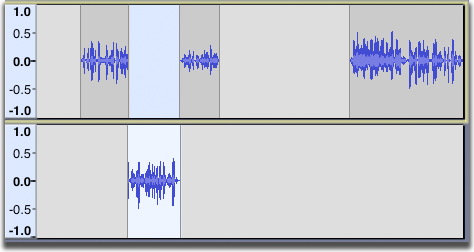 If you select an area that overlaps one or more clips, they are all joined into one large clip. Regions in-between clips become silence.

In a selection region that includes absolute silence and other audio, creates individual non-silent clips between the regions of silence. The silence in the selection becomes blank space between the clips.